Women are a part of energy solutions

The ‘Empower Women, Energize the World’ event, organised by the Permanent Mission of Denmark to the United Nations on 16 March, gathered a diverse set of actors around one virtual table. Flemming Møller Mortensen, the Danish Minister for Development Cooperation and Minister for Nordic Cooperation presented the opening remarks for the event. The group of panellists included Damilola Ogunbiyi, Special Representative of the Secretary-General and CEO of SEfor ALL; Anne-Smith Petersen, Chief Operating Officer of Plan International Denmark; Rana Ghoneim, Chief of Energy Systems and Infrastructure Divisions at UNIDO; Helen Watts, Senior Director of Global Partnerships at Student Energy; Monica Maduekwe, Founder and CEO at PUTTRU Technologies Limited; Karin Isaksson, Managing Director of NDF; and Irene Giner-Reichl, Chairperson of the Global Women’s Network for the Energy Transition as the moderator.

The key takeaway from the event was strong - to empower women in the energy sector, we must ensure that women have role models and mentors, relevant education and better skills training, and, most of all, a seat at the table.

Karin Isaksson, Managing Director of NDF, stressed the importance of bringing women as part of the solution: “Women account for 50% of the population, yet their full potential is often locked behind traditional structures that are preventing optimal progress. This is very visible especially in the energy sector. Change in attitudes and approaches is needed to unlock this potential and hence men also need to be educated on the benefits of gender equality. NDF is fully committed to promoting gender mainstreaming in its financing decisions.”

Gender equality is considered to be a goal by the Nordic countries as well as a driver of sustainable development and poverty reduction. NDF, as a Nordic-owned institution, strongly supports these goals. Our approach to fully mainstream gender equality is further spelled out in the new NDF Gender Equality Policy that is in force as of 1 December 2020. This policy puts NDF at the forefront of development financiers and calls for a gender analysis and full gender mainstreaming in activities that it finances.

In many parts of the world, lack of access to clean and abundant energy disproportionately impacts women, especially in the household setting. Therefore, women also stand to benefit the most from clean energy solutions. EEP Africa, an NDF-managed multi-donor trust fund, has taken an enhanced focus on funding women-led businesses and business concepts that include women along the value chain. The Fund actively promotes innovative approaches to creating leadership and economic opportunities for women in the clean energy sector in Southern and East Africa. In the active EEP Africa portfolio, 42% of the leadership positions are occupied by women and 44% direct jobs are created for women.

“EEP Africa has demonstrated how simple decisions in shifting focus can bear immediate results. Change is already happening as demonstrated by last year’s EEP Africa’s Rising Energy Leaders Award where 4 out of the 5  award recipients were young women working hard to increase clean energy access in their regions,” stated Isaksson. 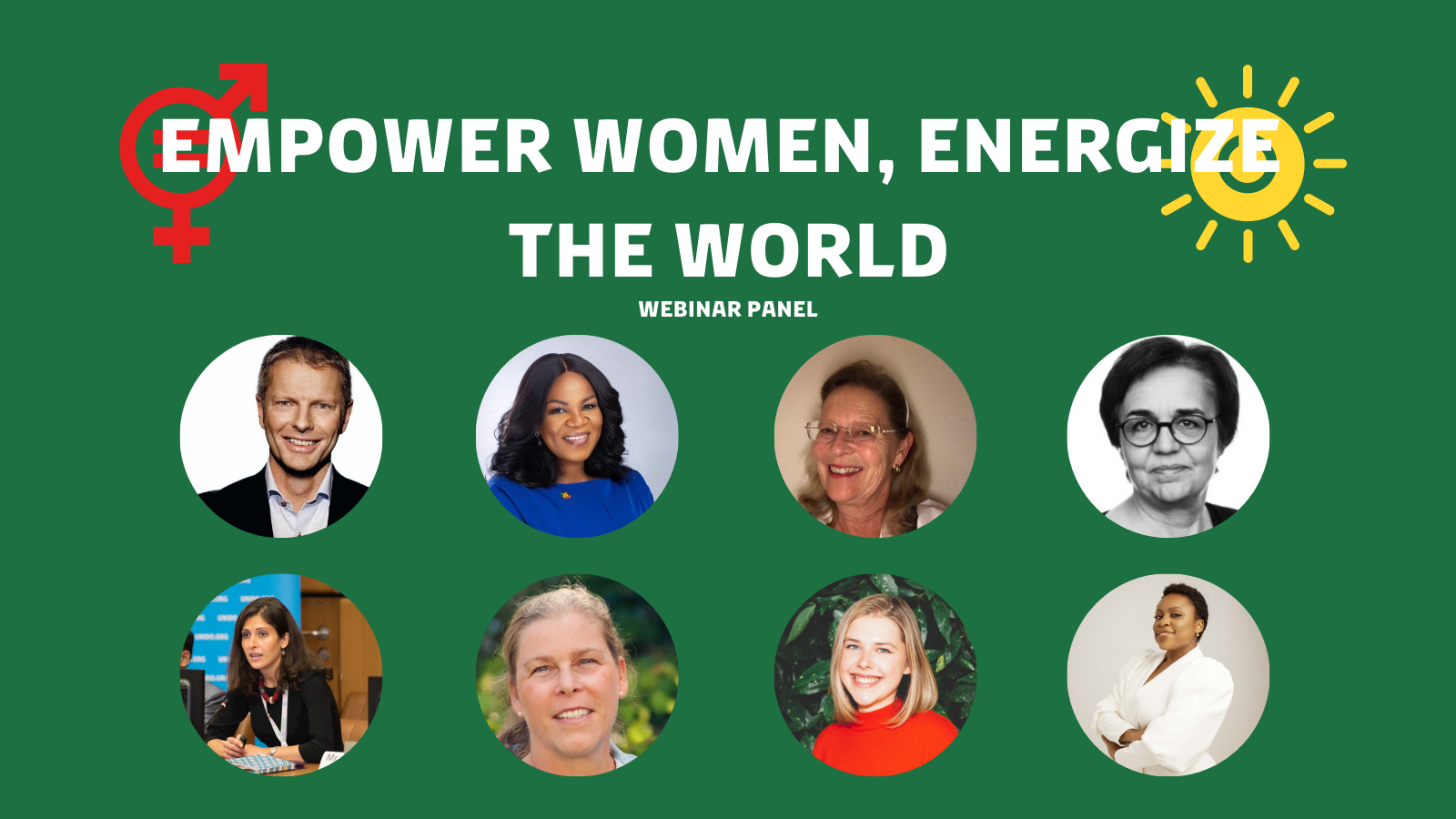