In Zambia, most people live in the rural areas and earn their living from farming. Lately, severe droughts coupled with low farm productivity due to poor soils, input shortages, lack of transport and markets, have heightened the importance of increasing adaptation to climate change.

As a way to develop farmers’ resilience to adverse climate conditions, thousands of farmers from the districts of Chipata, Choma, Kaoma and Mkushi received training in pigeon pea farming and biochar production, under a two-year ClimateChar conservation project.

Collins Nkatiko, chief executive of Zambian based Conservation Farming Unit (CFU), who managed the project, said ClimChar linked 2 300 farmers to pigeon pea markets and currently the farmers were expanding production while improving the fertility of their farmsteads.

The project, he said, showed that it was possible to improve soil carbon and improve carbon sequestration using locally adaptable methods, and crop diversification while earning extra income.

Cheaper and home-grown means of making biochar that entailed farmers producing biochar on-site using stems of pigeon plants as crop residues were developed during the project.

“Initially the project imported a biochar making machine which was costly and was centrally located,” explained Nkatiko. “But we developed local and cheaper ways to make and utilise biochar, cutting out transport costs from central biochar machine. This way farmers extended the use of biochar beyond experimental plots and even started selling biochar to interested neighbours.”

Øyvind Nystad Handberg, a senior economist with Menon, one of the organisations behind the project, said for smallholder farmers in Zambia, applying biochar could be a means to increase yields and reduce risks due to drought.

“The results on yields and net income are a bit ambiguous. On the one hand, the results indicate that applying biochar alone increases yields and thus also net income. On the other hand, this requires training, which together with conservation agriculture seem to be inversely related with yields and income,” he said. 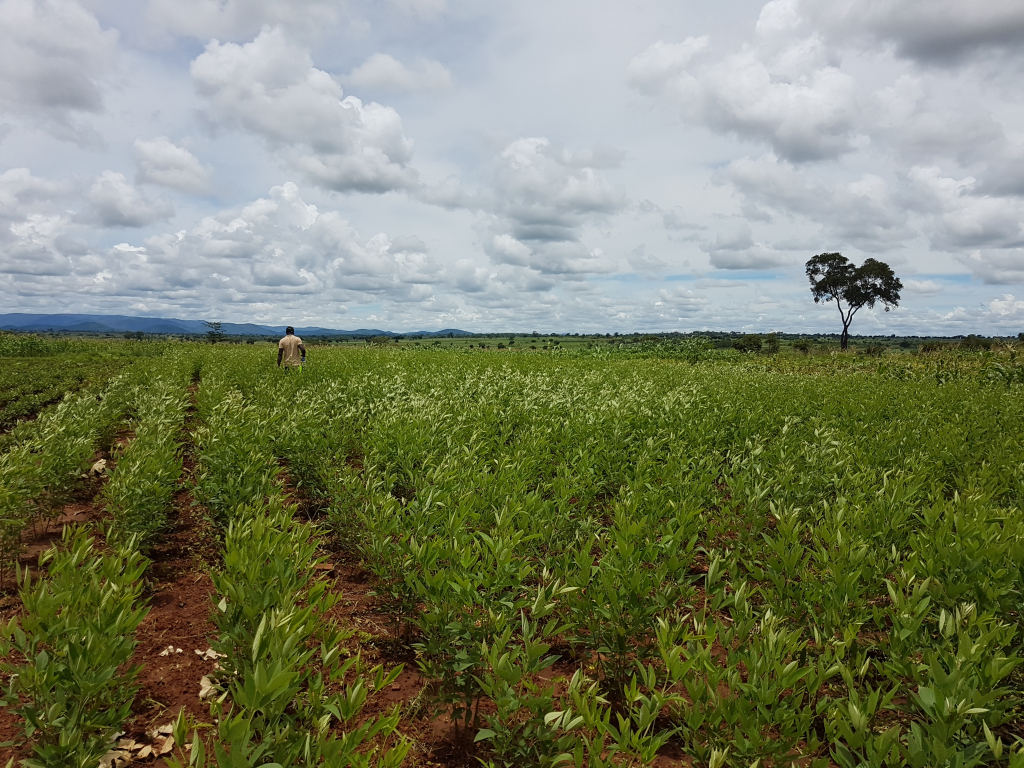 A report produced at the end of the programme confirmed that when produced and applied correctly, biochar has the potential for enhancing soil moisture retention by up to 3%, improving the drought-tolerance of the farmers' maize crops, thus contributing to climate change adaptation.

“In addition, average maize yield increases of 12-37% were observed in all four districts upon the addition of 4 ton/ha biochar in the 2020-2021 season. Furthermore, biochar helped to store carbon in the soil, mitigating climate change. There is potential to finance carbon storage through the international ‘voluntary carbon market’. Such mechanisms can make biochar more profitable for more farmers, with benefits to farmers as well as for climate mitigation,” the report concluded.

Handberg noted several important lessons from the project. It is clear that technology development takes time and that several varieties of pigeon pea need to be tested to find a variety that combines good yields with high amounts of biomass that can be used for biochar.

No upscaling but several spin-offs

Nkatiko however said that upscaling utilisation of biochar includes quite some challenges. Requirements of biomass for making the biochar are high as are the costs of administering many farmers with small amounts of stored carbon each.

But even though the project could not be upscaled, several spinoff projects were acquired in other countries in Sub-Saharan Africa, namely in Tanzania, Uganda, Kenya and South Africa.

“I am involved in one in Uganda, where lessons from the ClimChar project have been important in designing both the implementation and the evaluation side. There we are carrying out a test with 400 households, and we are putting more effort in following up on the farmers, both in the trainings and in measuring the effects,” Oyvind said.

Initiated in 2019 by Menon Economics AS, the Norwegian Geotechnical Institute, the Norwegian University of Life Sciences and the Conservation Farming Unit with financial support from the Nordic Development Fund, the ClimChar concluded in 2021.

Small-scale farmers will be introduced to a new business concept, combining pigeon pea as a new cash crop, and the use of biochar as a combined climate mitigation and adaptation strategy